A complete guide to keto baking with alternative flours. Learn how to use almond and coconut flour to create delicious baked goods that are gluten-free, sugar-free, low-carb and perfect for the keto diet. 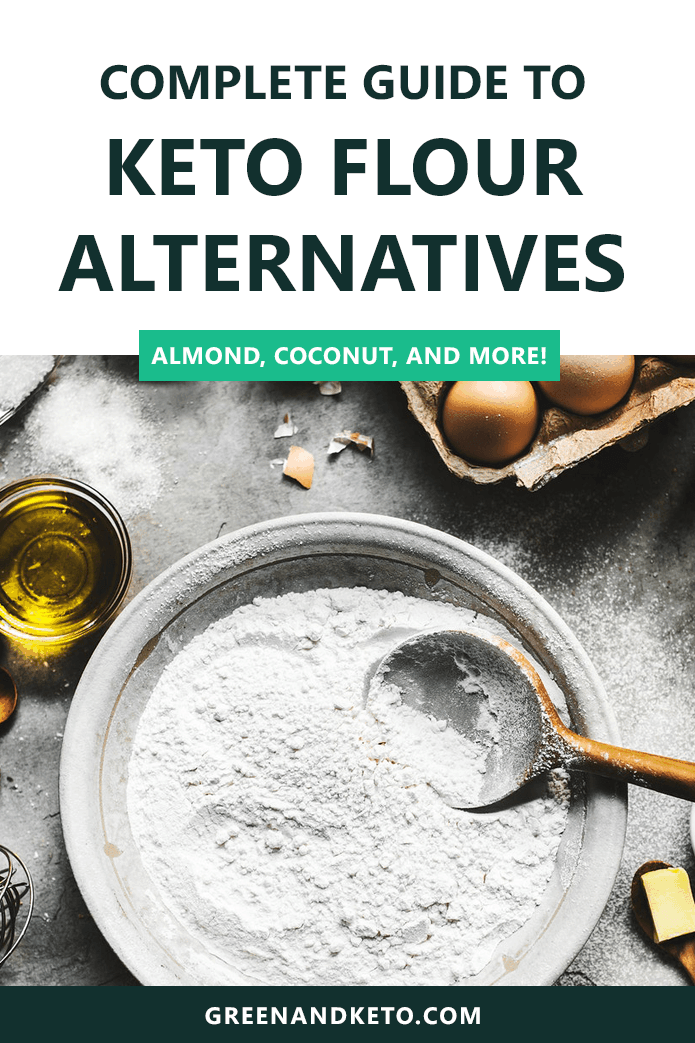 Flour Alternatives For The Ketogenic Diet

On this blog, you’ll find plenty of low carb baked goods that you can enjoy on the keto diet. I like to create keto dessert recipes that are made with gluten-free, low-carb alternatives to wheat flour.

One of the biggest challenges when it comes to keto baking is finding low-carb flour substitutes that still taste good. Traditional flours — like wheat or rice flour —  are a no-go on this low-carb way of eating. So, in this post, I’m sharing the best keto flours that I keep stocked in my panty and use to recreate my favorite baking recipes.

If you want to try some keto baking recipes, my advice is to start with published recipes that have already been converted to use keto flours.  As a general rule, keto flours cannot be substituted 1:1 in your standard recipes. Usually, keto baking recipes contain a mix of low-carb flours and call for a higher proportion of eggs or liquid.

Here are some alternative flours you can use to create delicious baked goods that are gluten-free, sugar-free, low-carb and perfect for the keto diet.

Almond flour is one of the best keto alternatives to regular flour. It’s grain-free, low-carb, and widely available.

Almond flour nutrition: Almond Flour is higher in fat, low in carbs, and moderate in protein. A 1/4 serving (28 grams) of almond flour has around 160 calories, 6 grams of carbs and 3 grams of fiber. This means that almond flour has 3 net carbs per serving.

Almond flour is available in grocery stores and online. If you buy a lot of almond flour, you might find a better deal buying in bulk online.  As far as brands go, I like Bob’s Red Mill or Anthony’s brand.

You can also make almond flour at home. All you need to make homemade almond flour is blanched almonds (almonds with the skins removed) and a blender or food processor. Simply pulse almonds in a food processor until finely ground.  If you need super-fine almond flour for a recipe, you may want to pass the flour through a seive to remove the larger pieces.

Coconut flour is made from dehydrated coconut meat.  It has a low fat content and a high fiber content.  (Side note: If you are looking for an easy way to increase your fiber, try baking with coconut flour!)

In keto baking recipes, coconut flour soaks up liquid like a sponge. A little coconut flour goes a long way. Since it is so high in fiber, a recipe only needs about 1/4 the amount of coconut flour as it would need normal flour or almond flour. Recipes with coconut flour also call for a higher proportion of eggs and other liquid to hydrate the coconut flour.

Another baking tip:  Coconut flour absorbs liquid like crazy — so let your keto pancake batter sit awhile before cooking to give the coconut flour a chance to absorb the liquid. You’ll find that the batter will get a lot thicker if you let it sit for 2-3 minutes before cooking.

Flax meal is also known as ground flax, ground flaxseeds, or linseed.  Flax meal is high in fiber and Omega 3, and has a subtle nutty taste.  Ground flax meal will gel when mixed with water or other liquid ingredients.

Flax meal is not typically used as the main flour replacement, but rather as a supplementary recipe ingredient.  As a side note: flax meal can also be mixed with water to be used as an egg replacement.

In low-carb baking recipes, psyllium husk powder absorbs liquid, acting as a binder and a filler.  It also gives a recipe structure and makes the finished bread or cake less crumbly.