Zucchini noodles are a healthier alternative to traditional pasta because they’re lower in carbs and calories. Plus, they’re a great way to sneak some extra vegetables into your diet and are the main ingredient in most keto pasta recipes.

Today’s article focuses on teaching you how to make zucchini noodles, also commonly referred to as zoodles. We’ll share some tips and tricks for getting the perfect noodle, and we’ll even showcase some of our favorite zoodle recipes at the end of our guide!

One of the biggest drawbacks of the keto diet is that almost all regular pasta dishes are off-limits. But, with a little creativity, you can still enjoy all your favorite foods – including pasta!

Unlike traditional pasta that requires flour and eggs, zoodles only require one ingredient: zucchini! And, unlike other keto pasta alternatives made with low-carb flour blends, these are gluten-free and grain-free.

How to Make Zucchini Noodles With a Spiralizer 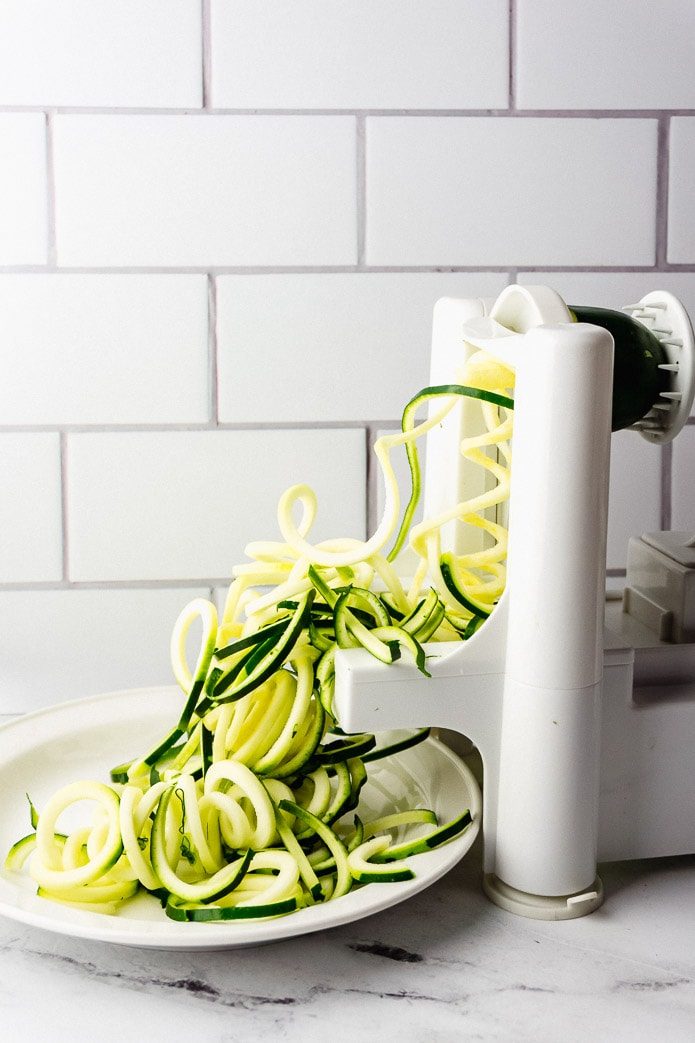 The easiest way to make zoodles is with a spiralizer. A spiralizer is a kitchen gadget that allows you to turn vegetables into long, noodle-like strands. It’s the perfect tool for making zoodles, but it can also be used to make other vegetable noodles, like carrot noodles and beet noodles.

There are different spiralizers, but the most popular ones are typical handheld spiralizers and the KitchenAid spiralizer. 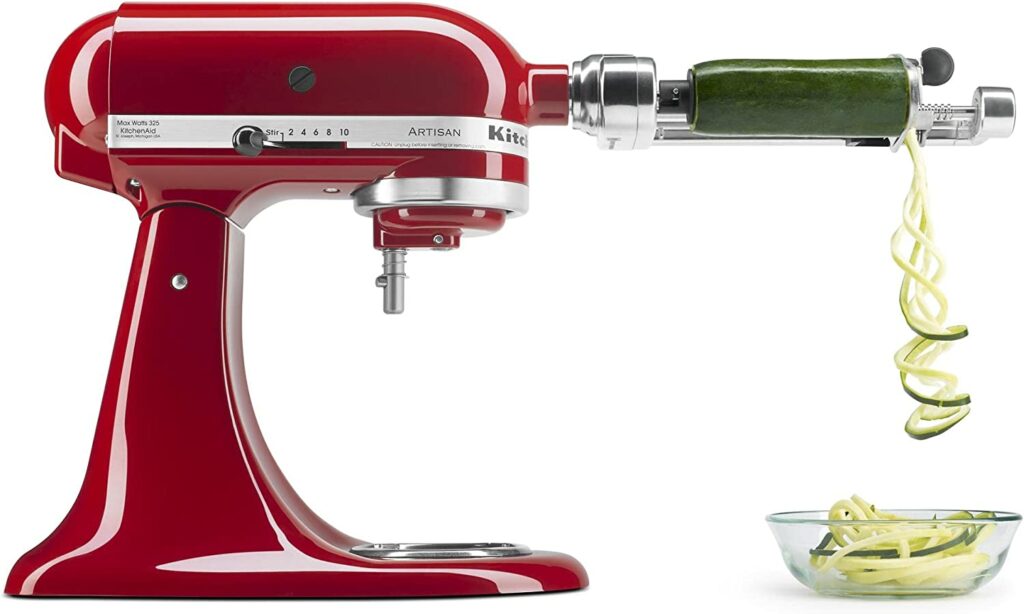 The most efficient kitchen tool for making zoodles is, by far, the KitchenAid spiralizer attachment.

It’s a time-saver because it attaches to your KitchenAid stand mixer and does all the work for you. You must feed the zucchini into the spiralizer attachment, and it does the rest.

The only disadvantage of this device is that it’s pretty big and bulky, so storing it will require that you free up some space. 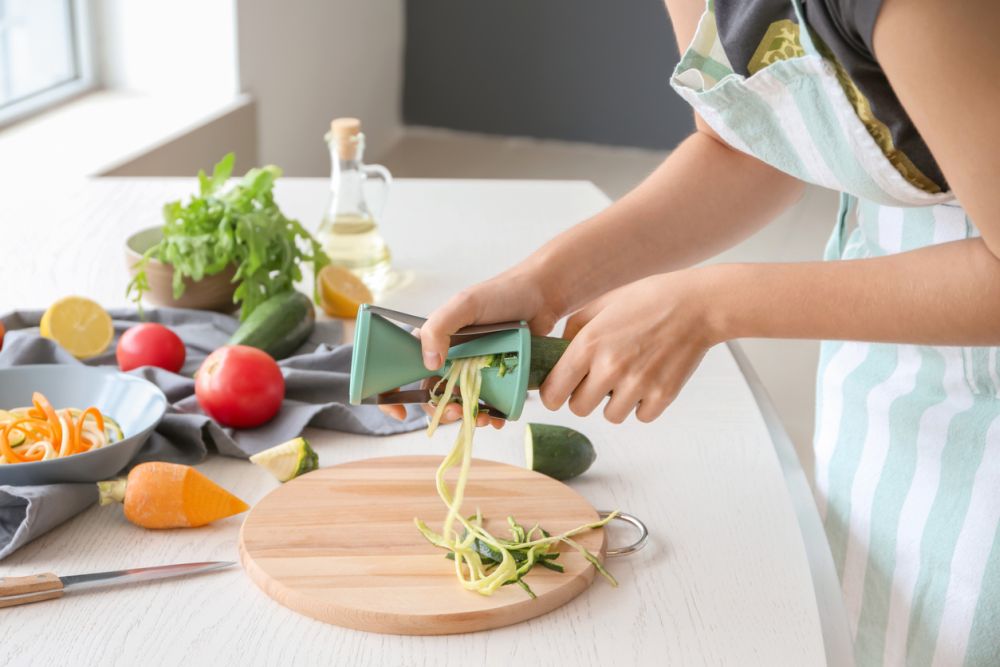 The process of spiralizing zucchini with a handheld spiralizer is pretty straightforward:

Besides, it’s cheaper and smaller than the KitchenAid spiralizer tool, so it’s a better choice if you’re short on storage space or have a limited budget.

How to Make Zucchini Noodles Without a Spiralizer

Not everyone is a big fan of kitchen appliances for just one job. If that’s the case for you, then don’t worry because you can still make zoodles without a spiralizer.

The best way to do it is by using a julienne peeler, mandoline slicer, or a sharp knife. 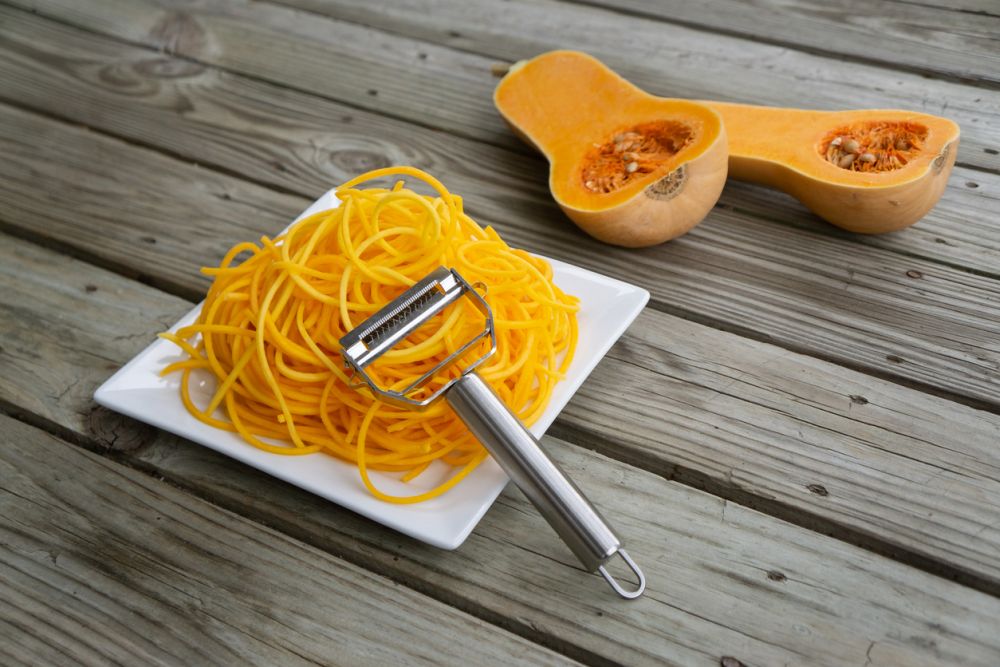 If you don’t have a spiralizer, you can use a julienne peeler to make zoodles. These tools will create thinner noodles than a spiralizer, but they’ll still get the job done.

For those unfamiliar with a julienne peeler, it’s a kitchen tool used to create thin strips of vegetables or fruit. It looks like a regular vegetable peeler, but the blade is serrated, creating long, thin noodles when you run it down the side of a vegetable.

The process of spiralizing zucchini with a Julienne peeler is identical to that of a vegetable peeler: 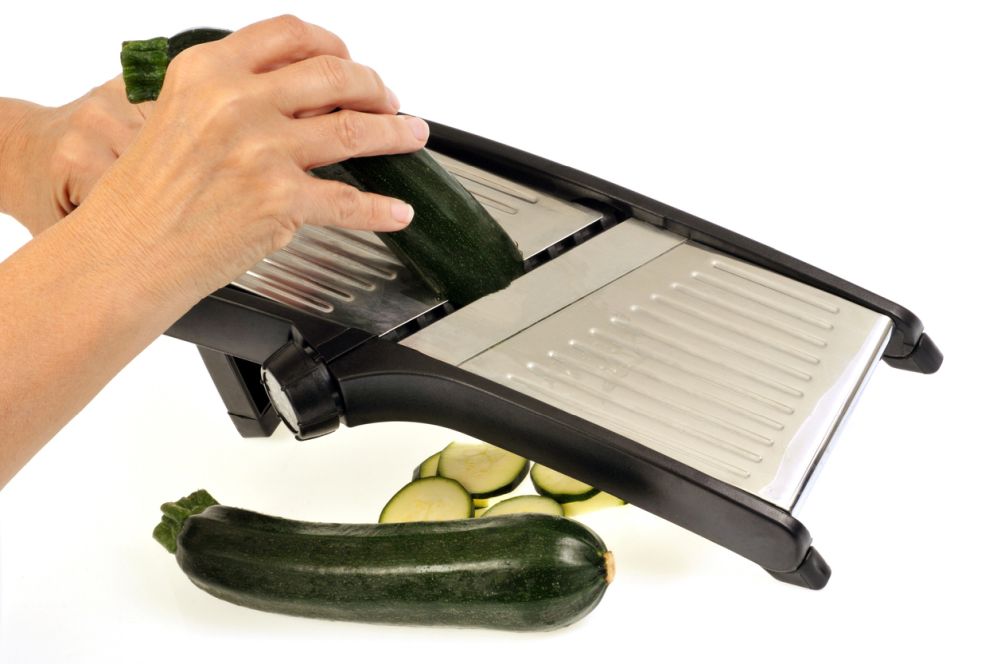 The idea of zucchini noodles is that they replace all kinds of noodles and pasta in your keto diet. So, if you were planning to make the keto version of a dish where you would have used fettuccine pasta, then you’ll have to cut your zucchinis in a way that will make them look like long, flat ribbons (from the Italian fettuccine).

Depending on your mandoline’s type of blade attachments, you may or may not need to use a knife. Some mandolines may only allow you to cut the zucchini into flat strips, so you’ll need a good knife to cut those strips lengthwise into long fettuccine pasta.

The best way to create zucchini fettuccine is to use a mandoline slicer, and then the process is pretty straightforward:

Note: Be careful not to apply too much pressure because you don’t want the zucchini to go through the blade. 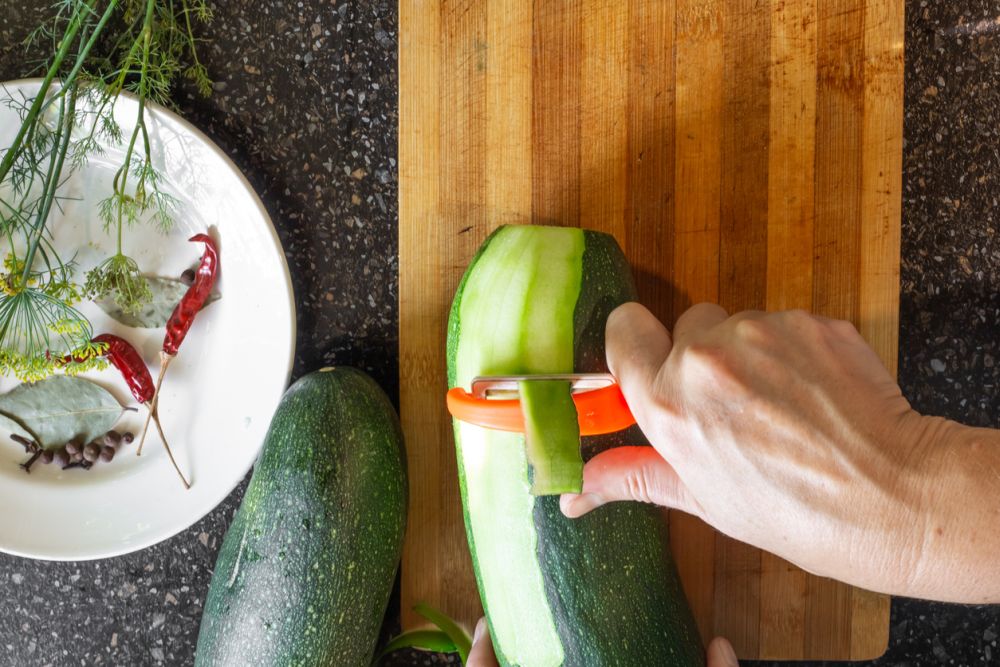 If you like your pasta to be even wider, then you’re probably a big fan of Pappardelle, a pasta originating from Italy’s Tuscany region.

The best way to create Pappardelle noodles out of zucchini is by using a vegetable peeler, and the process is similar to when you peel vegetables, only this time you don’t stop at the skin.

Note: Use a knife to cut the noodles if you want them to be narrower. 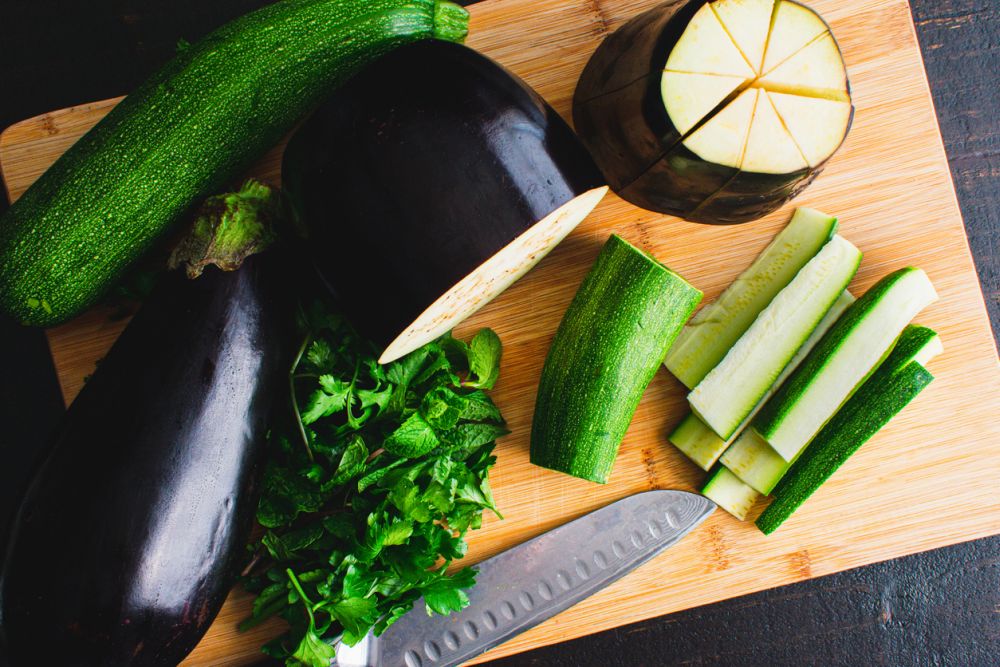 Zucchini isn’t just great at replacing noodles and pasta; it can also be used to replace large pasta sheets from traditional dishes such as lasagna.

The best way to create lasagna noodles out of zucchini is by using a chef’s knife or a vegetable peeler. However, a chef’s knife would be better, especially since you’ll probably cut up an extra-thick zucchini or squash.

To cut up zucchini into lasagna sheets, follow these steps:

Unlike the other cutting methods, you won’t need to cut the strips into pasta anymore since you want your zucchini strips to be as wide as possible.

How to Cook Zucchini Noodles 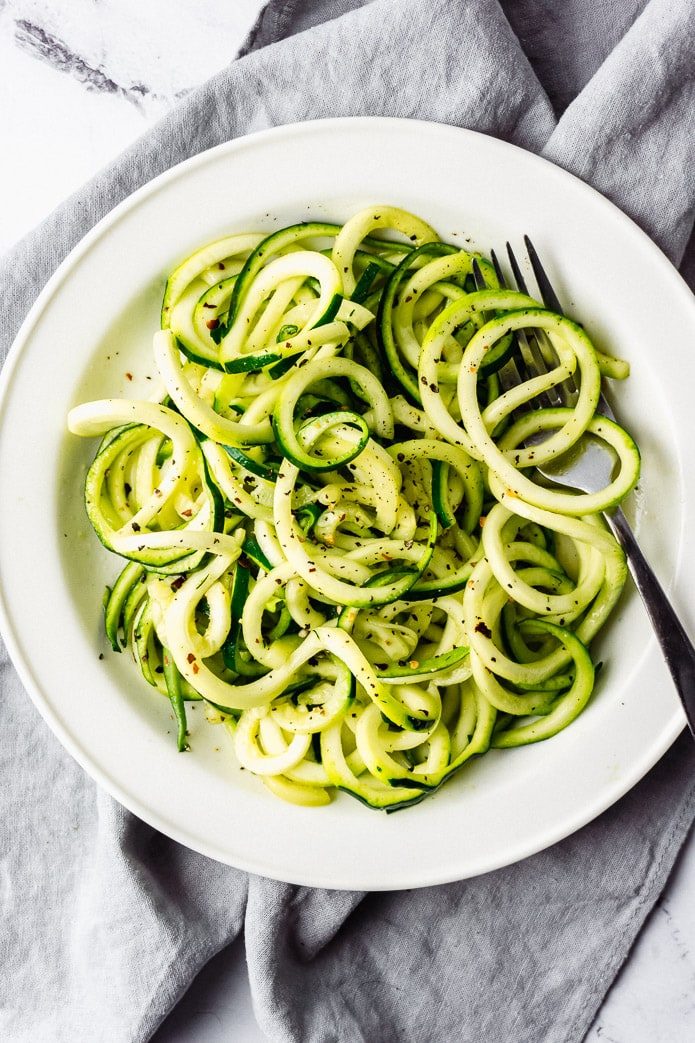 Zucchini noodles are pretty versatile and can be cooked in several different ways: 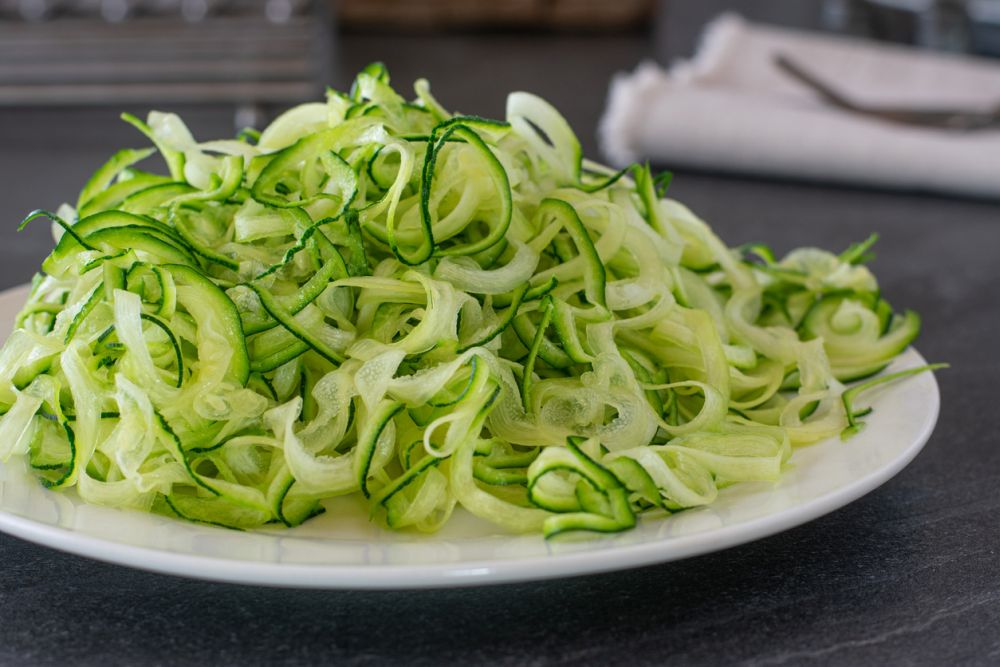 The first and easiest way to serve zucchini noodles is to not cook them. This is a great option if you want to enjoy the full flavor of the zucchini and don’t want to mask it with other ingredients. 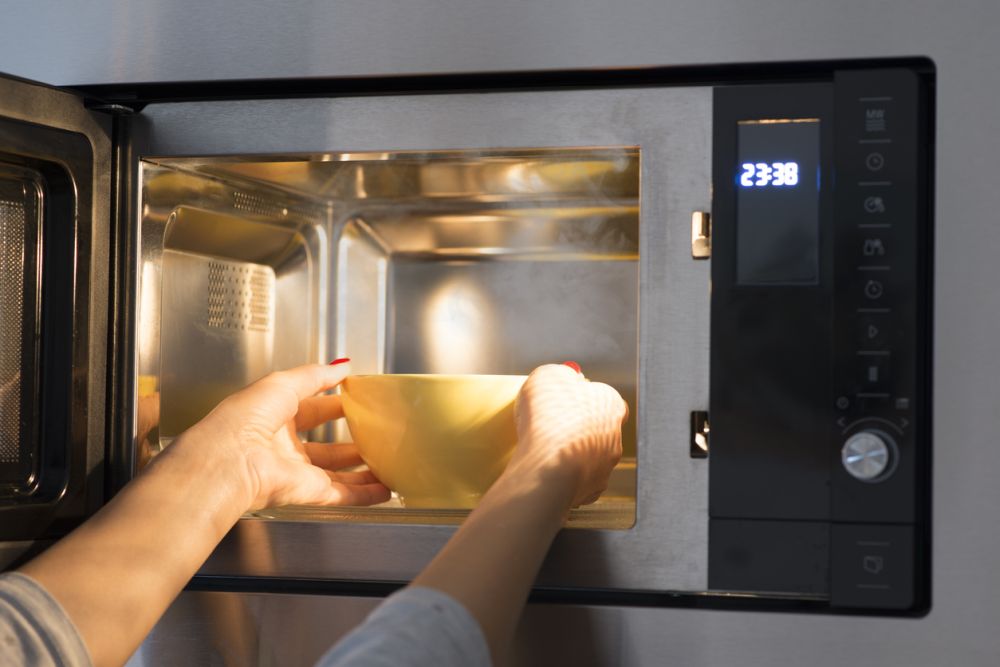 Since zoodles are made up of over 90% water, giving them a quick blast in the microwave is a great way to cook them without making them soggy. The key is not to overcook them; otherwise, you’ll end up with zucchini mush.

Here’s how to cook zoodles in the microwave:

Note: For best results, cook them in the microwave in 30-second increments to ensure that you get the consistency right (not all zucchini are the same). 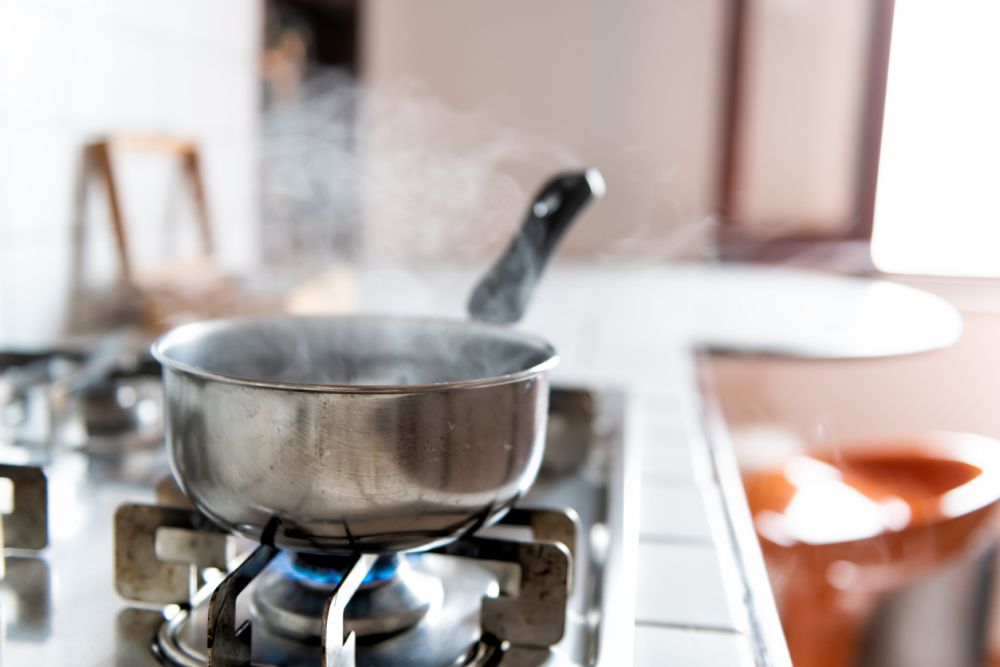 This step should sound familiar to those who are used to eating regular pasta. The process is pretty much the same; only you’re using zucchini noodles instead this time.

To boil zucchini noodles, do this: 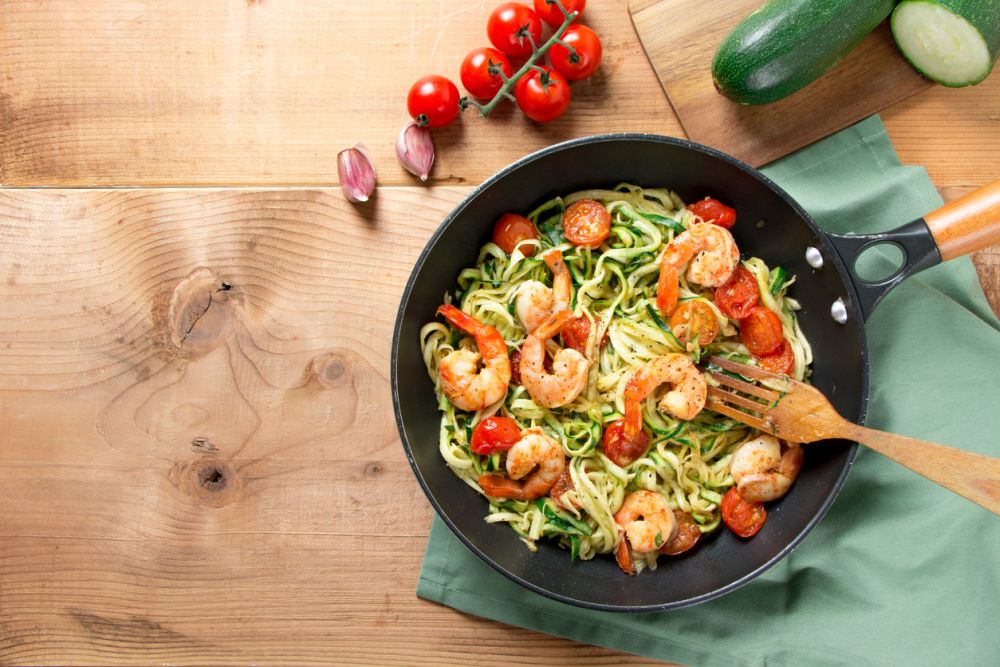 Another great way to cook zucchini noodles is to saute them. This cooking method is perfect if you want to add other ingredients to the mix, such as vegetables or protein.

Note: Since zucchini noodles are very sensitive to overcooking, it’s best if you cook them separately from the other ingredients. If you plan on cooking them together, add the zucchini last. 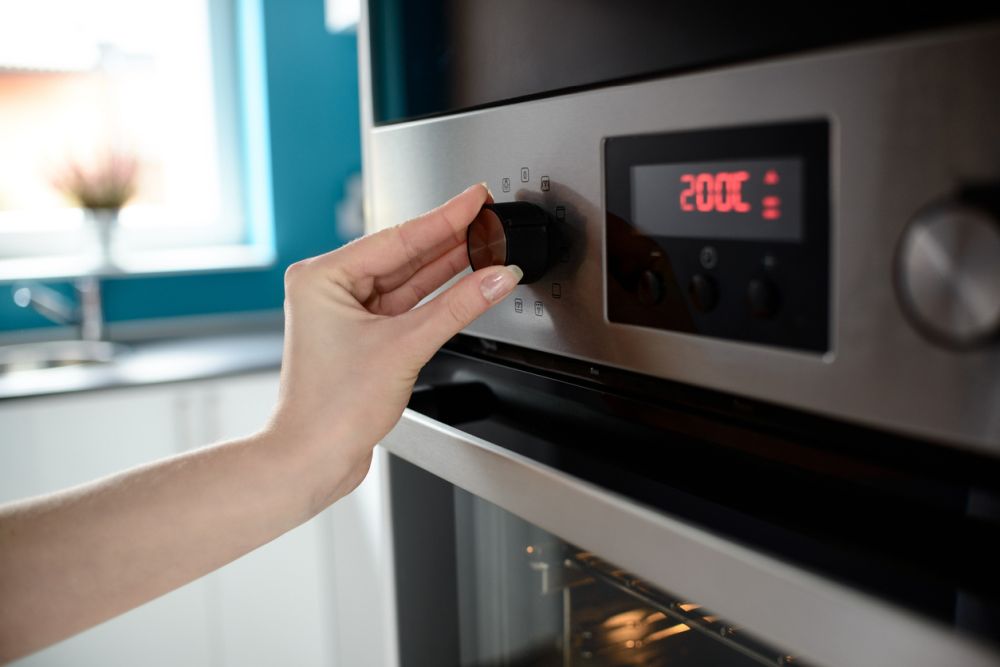 The last cooking method you can use for zucchini noodles is baking them. This is a great option if you want to add them to a baked dish, such as lasagna or ziti.

Note: Like boiling and sauteing, it’s important not to overcook the zucchini noodles. It’s best to check on them every 2-3 minutes to ensure they don’t dry up or turn to mush.

Tips and Tricks: How to Make Zucchini Noodles less Watery 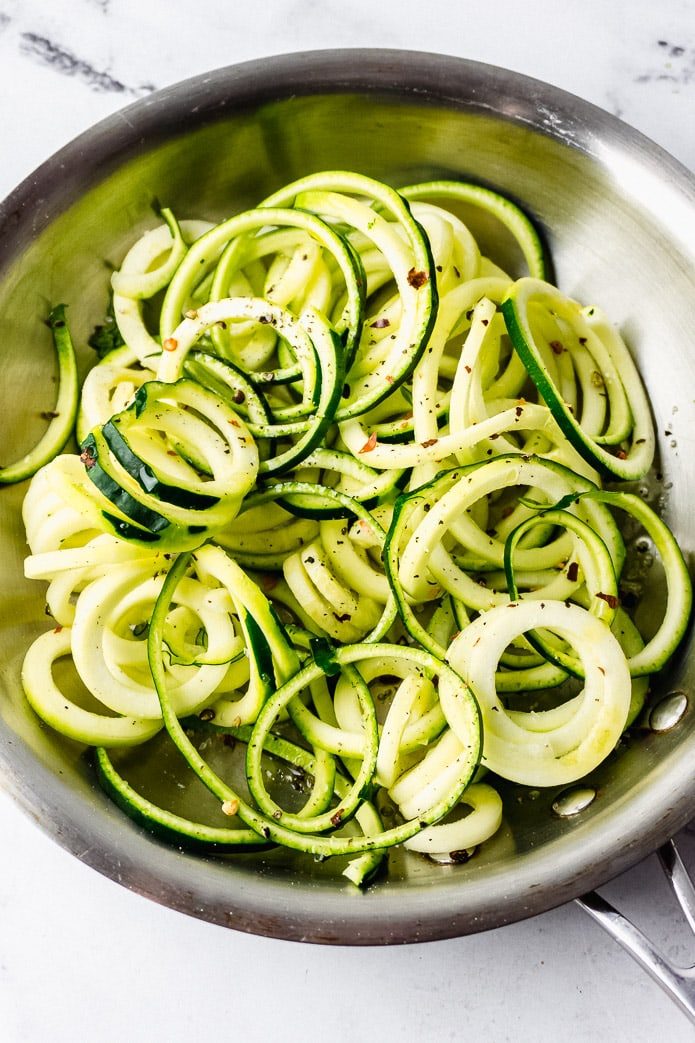 As we mentioned, zoodles are made of over 90% water. This means they can sometimes release a lot of liquid, making them watery and difficult to cook.

There are a few things that you can do to prevent this from happening:

Recipes to Serve with Zucchini Noodles 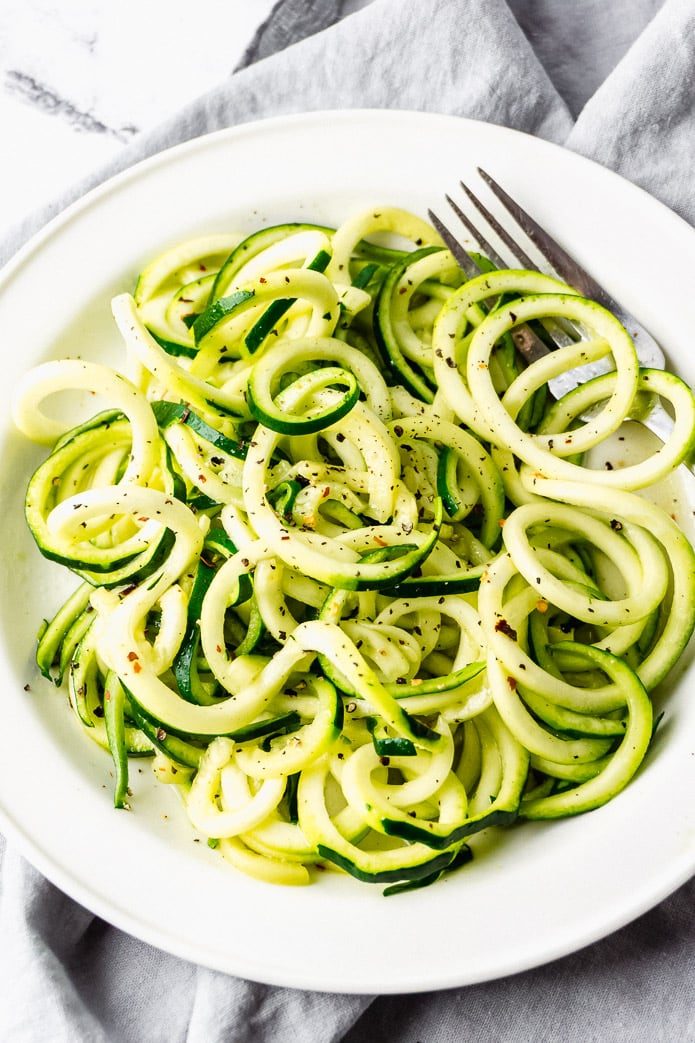 Since zoodles are used in the keto diet as an alternative to regular pasta, pretty much any dish where pasta, spaghetti, noodles, or pasta sheets are used can be served with zucchini noodles. For example, we’ve included zoodles in our original recipe for keto lasagna.

Alternatively, you can serve these noodles alongside many great dishes, such as:

The next section of our guide is going to answer some of the most frequently asked questions about zucchini noodles.

How do I store zucchini noodles?

You can prepare zoodles ahead of time and store them in the fridge for up to four days.

To store them, simply place them in an airtight container, but remember to line the inside with paper towels or some absorbent material. This will help remove any excess moisture, which can cause the zucchini to go bad.

Can you freeze zucchini noodles?

The best way to store any food is to freeze it, but certain foods don’t freeze well. Fortunately, zucchini is not one of those foods.

The folks of DIYS.com wrote a comprehensive article on the many ways to freeze and store zucchini noodles, so go ahead and give it a read if you’re interested.

As you can see, zucchini noodles are a fantastic alternative to regular pasta. Not only are they low in carbs, but they’re also packed with nutrients and antioxidants. Moreover, they’re incredibly easy to make, and you can cook them in various ways.

If you’re looking for a delicious and healthy way to enjoy your favorite pasta dishes, give zucchini noodles a try. You won’t be disappointed!