These low-carb mini cheesecake bites just might be my favorite keto-friendly dessert. They are creamy, delicious, and oh-so-easy to make.
If you love a classic New York style cheesecake, try these single-serving keto cheesecakes! 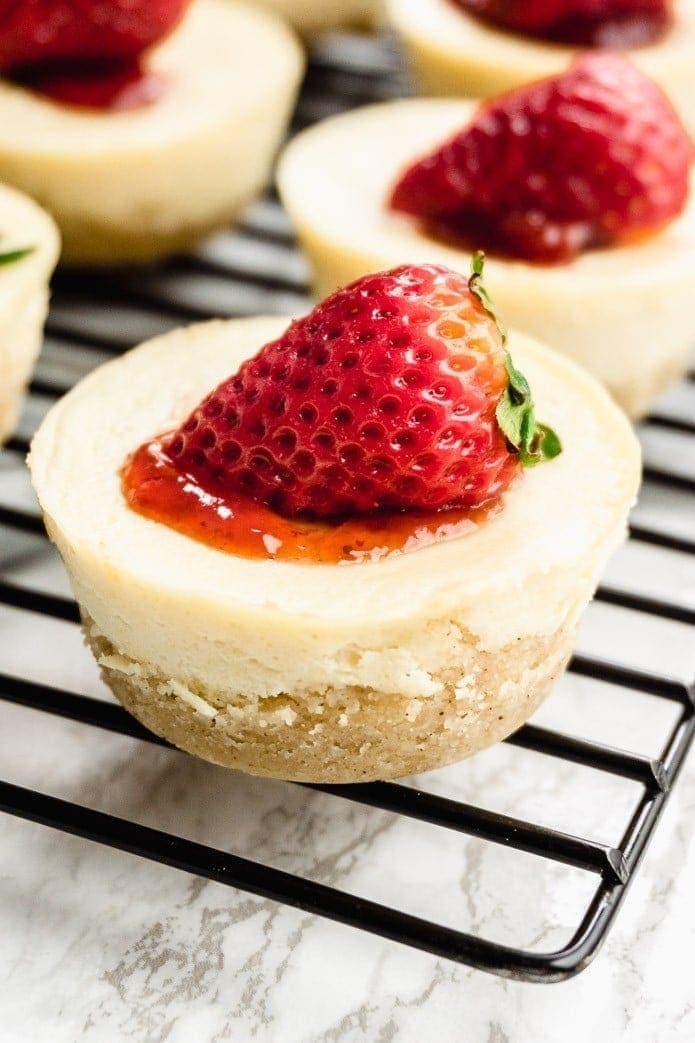 These mini cheesecakes are perfectly sweet, creamy, and delicious.  But more than that — they’re low in carbs, gluten-free, and keto friendly.  You can serve these keto cheesecakes plain, or top them with a drizzle of strawberry puree and some fresh sliced berries.

Keto cheesecakes are made with traditional ingredients like cream cheese and eggs, and sweetened with a low-carb sweetener like Swerve or erythritol.  You can make all sorts of flavors of keto cheesecake.  Check out this reader-favorite Keto Pumpkin Cheesecake for a delicious holiday version.

You can choose to make these mini cheesecakes with or without a crust.  My favorite keto cheesecake crust is made with almond flour, a little butter, and a pinch of low-carb sweetener.

Cheesecake is one of my favorite keto friendly desserts.  It’s actually one of the easiest desserts to fit into a low-carb lifestyle. Except for the sugar, most of the ingredients in a traditional cheesecake are already low-carb.

Cream cheese is a common ingredient used in many keto and low-carb recipes. The carb count of cream cheese varies according to the brand.  For example, Philadelphia brand cream cheese has less than 1 carb per serving.  An entire 8 oz block of cream cheese — like we use in this recipe — has 4 carbs.

Other low-carb ingredients in cheesecake include eggs ( less than 1 carb per egg), erythritol (0 net carbs per serving), and almond flour (which adds 1 carb per mini cheesecake crust).

This recipe for mini keto cheesecakes makes 6 muffin-tin size cheesecakes. Each mini cheesecake has 2 carbs with the crust, or 1 carb if you choose not to make the crust. If you top each cheesecake with one large strawberry (like I’ve done for these photos), the total dessert has 3 net carbs per serving. 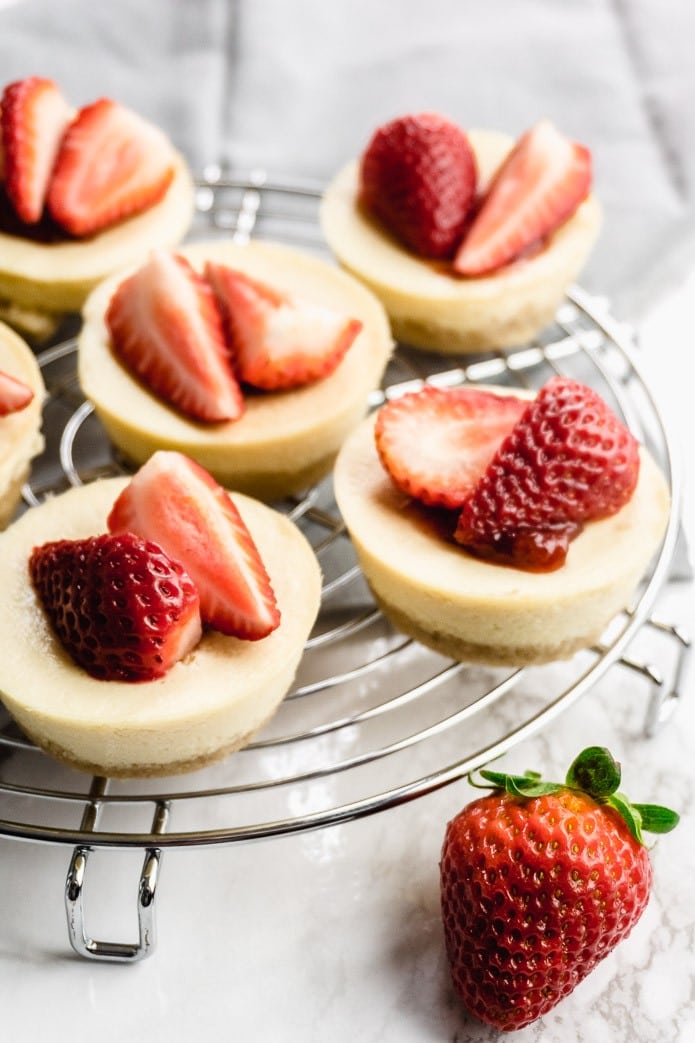 Regular cheesecake is pretty high in carbs due to its sugar content and traditional graham cracker crust. But, these mini cheesecake bites are made with cream cheese, an alternative sugar-free sweetener, and an almond flour crust — so they are naturally gluten-free and low in carbs.

Here’s what else you’ll need for this recipe.

For the cheesecake filling:

For the gluten-free crust: 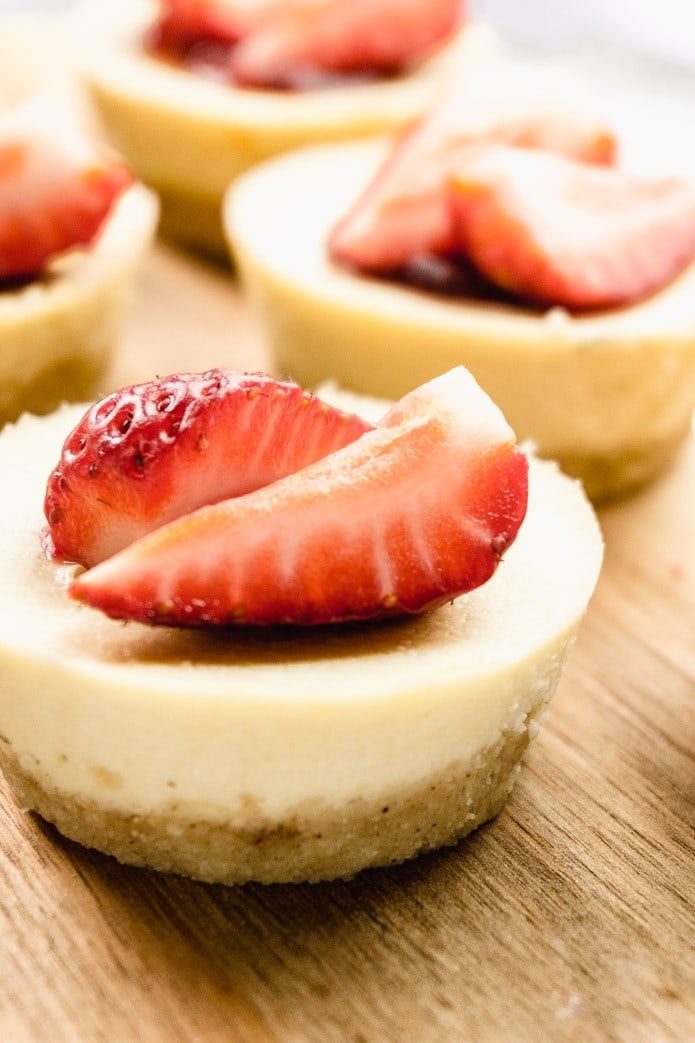 I think that this keto cheesecake crust is a delicious complement to the creamy filling.  It takes just a few ingredients and it’s quick to make.

Like most low-carb crust recipes, this recipe starts out with almond flour.  To the almond flour, I add a couple of tablespoons of melted butter.  I also add a tablespoon of sweetener and a pinch of salt and cinnamon.  Then, I mix all of the ingredients together in a small mixing bowl.  The texture should feel like moist sand.

All that said, if you don’t like crust or don’t feel like taking the extra step — feel free to skip it.  If you decide to make a crustless cheesecake, just take care to grease the muffin tins really well, or use paper cupcake liners. 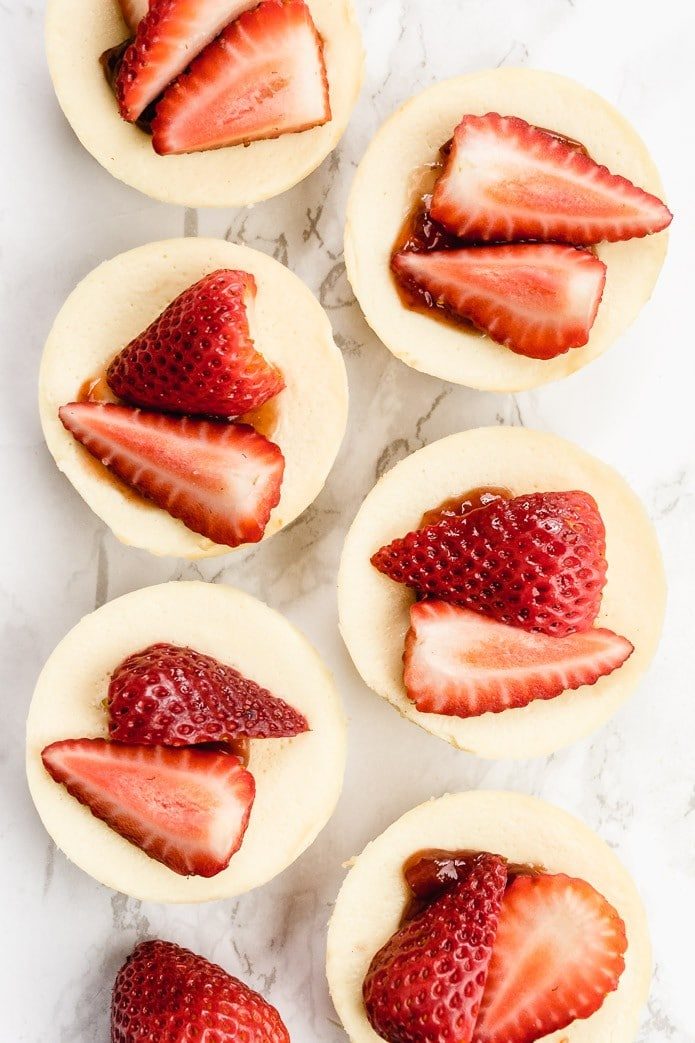 Tips for the Best Keto Cheesecake

For a creamy cheesecake with no lumps, here are my best tips. 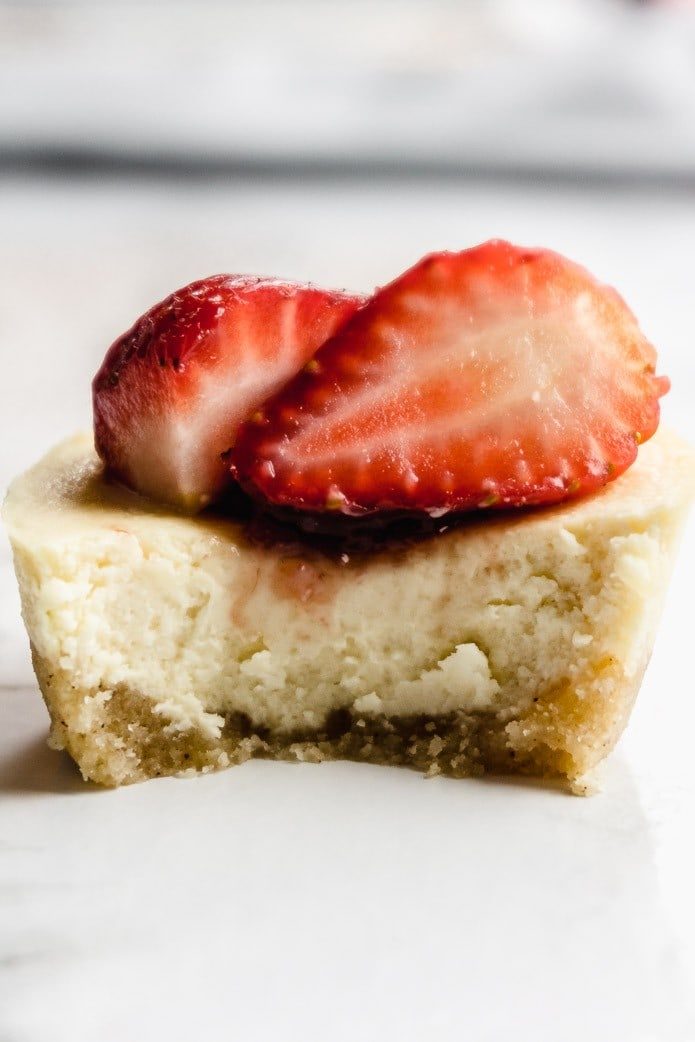 If you are looking for other types of keto cheesecake, check out this reader-favorite Keto Pumpkin Cheesecakeor these Strawberry Cheesecake Fat Bombs.

And, if you’d to check out our other keto baking recipes, why not try Keto Oreo cookies, Cinnamon Crumb cake donuts, or Keto Vanilla Cupcakes with Buttercream Frosting? 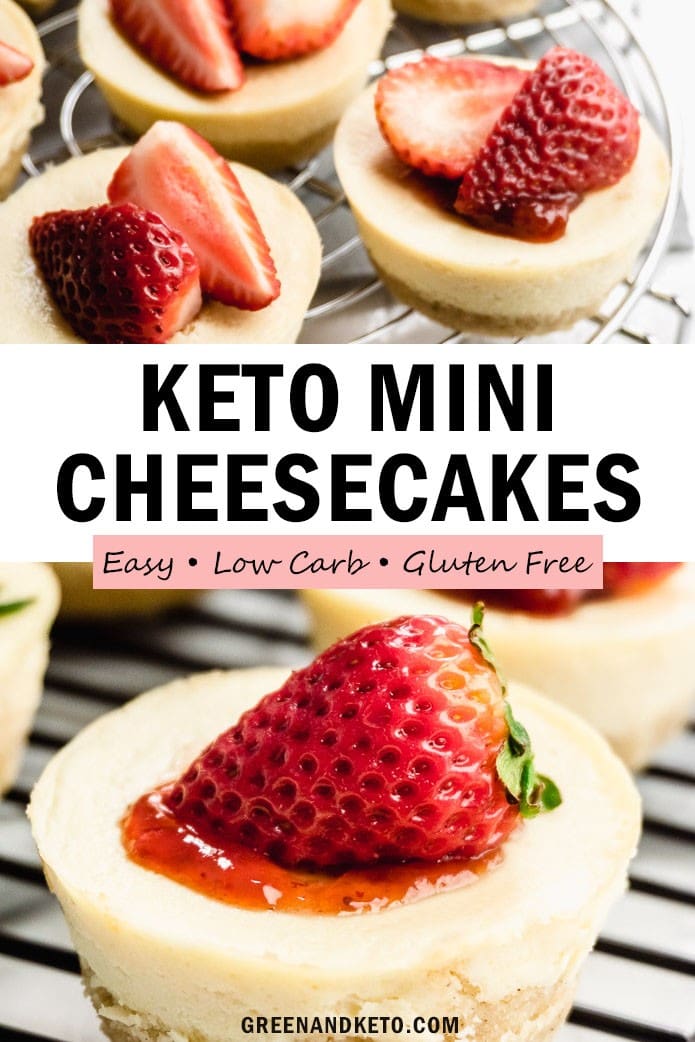 Pin this post to your Keto Desserts board to remember it for next time!

Nutrition information is provided as a courtesy and will vary depending on what brands of ingredients you use. This data was provided and calculated by My Fitness Pal, and isn't always accurate. 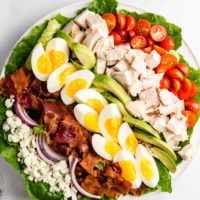