Now that fall is here, you may be wondering: is pumpkin keto-friendly?  And if it is, how many carbs does pumpkin actually have?

If you are confused about whether pumpkin is a low-carb or a high-carb food, read on. 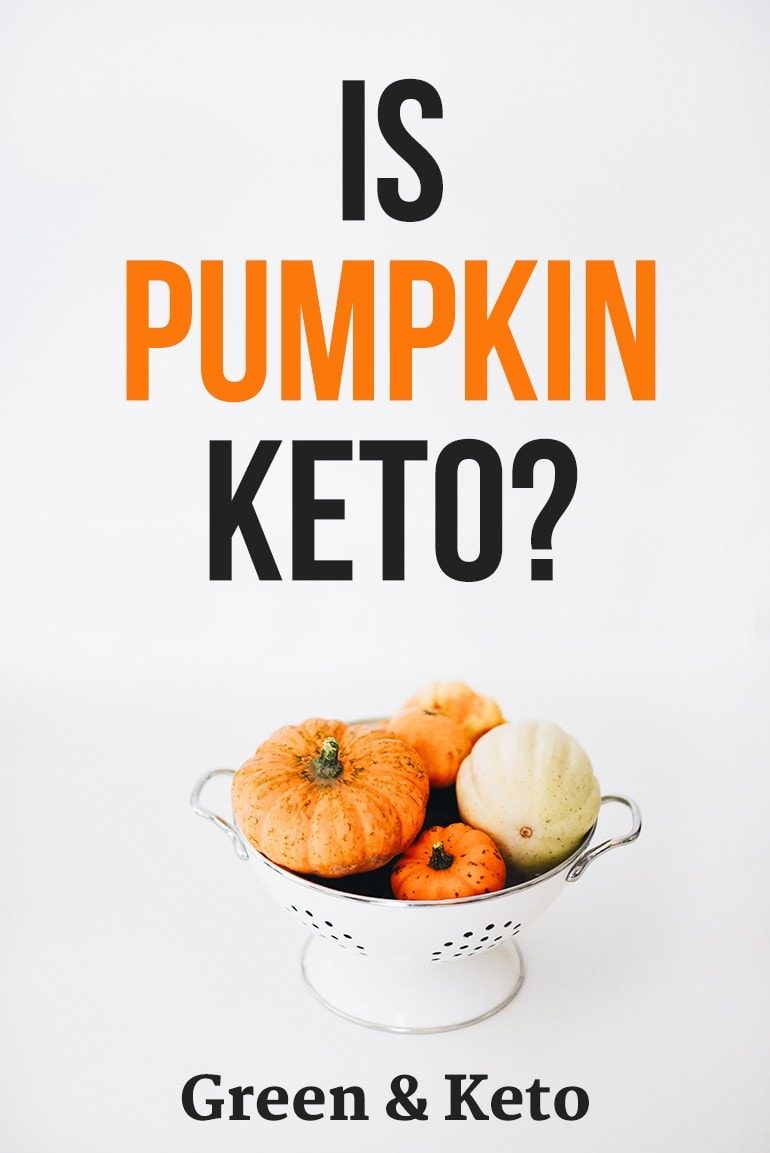 Can you eat pumpkin on the keto diet?

Crunchy leaves, cooler evenings, pumpkins spice lattes — you know what time it is. Pumpkin is one of those foods that we associate with fall, cozy baked goods, creamy soups, and holiday desserts.

But is pumpkin keto?

If you’ve asked yourself this question, you’re not alone! If you are on a keto diet, you may be wondering if you can eat pumpkin goodies this fall. The short answer is that pumpkin can definitely be keto-friendly — you just need to watch your portion size.  Read on to learn more specific information — including net carb count for fresh and canned pumpkin.

But first, let’s talk about pumpkins.

What is a pumpkin, exactly?

The pumpkin is a type of winter squash. While some people consider them vegetables, they are actually a fruit — a botanical berry, to be exact!

Canned pumpkin puree is made from different varieties of pumpkin that the ones used for Halloween jack-o’-lanterns.

Pumpkins are very versatile in cooking. Many parts of the pumpkin are edible, including the fleshy shell, the seeds, and even the flowers. Pumpkin can be boiled, steamed, and roasted. It is often used in soups, purees, pie, and other baked goods.

Pumpkin seeds, also known as pepitas, are edible and make a delicious snack. They are a good source of protein, magnesium, copper, and zinc. 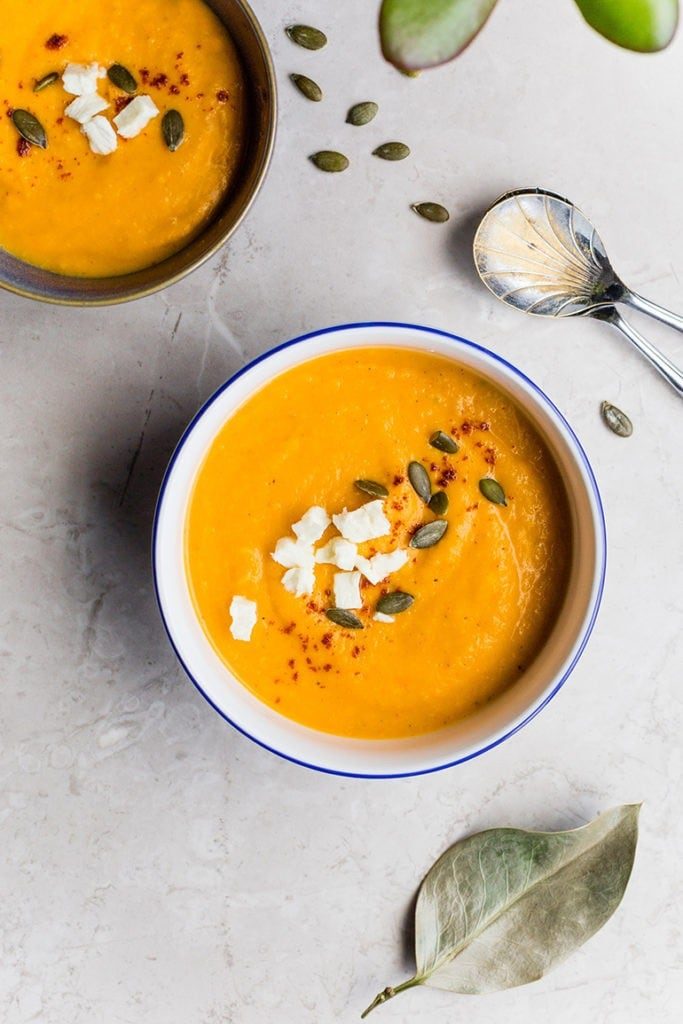 Is pumpkin a carb?

Pumpkin isn’t “a carb” per se — but it does have carbs!

Some foods are easy to identify as high carbohydrate foods — bread, rice, and pasta, for instance. Some vegetables — like potatoes and corn — are high in carbs as well. Most people following a ketogenic diet avoid high-carb vegetables and starchy vegetables from their diet, too.

According to the exchange system from the American Diabetes Association, the following vegetables are classified as starches.

Of the vegetables on this list, pumpkin has the least amount of net carbs.

Yes, many people eat pumpkin on the keto diet. You can easily incorporate pumpkin into a low-carb diet. Like most things, it’s still important to watch your portion size.

If a batch of keto pumpkin muffins calls for a cup of pumpkin puree, each muffin only has about a tablespoon of puree — that’s not much!

Yep, the seeds can be part of a ketogenic diet too. Shelled pumpkin seeds, or pepitas, are 4g net carbs per 1oz serving. 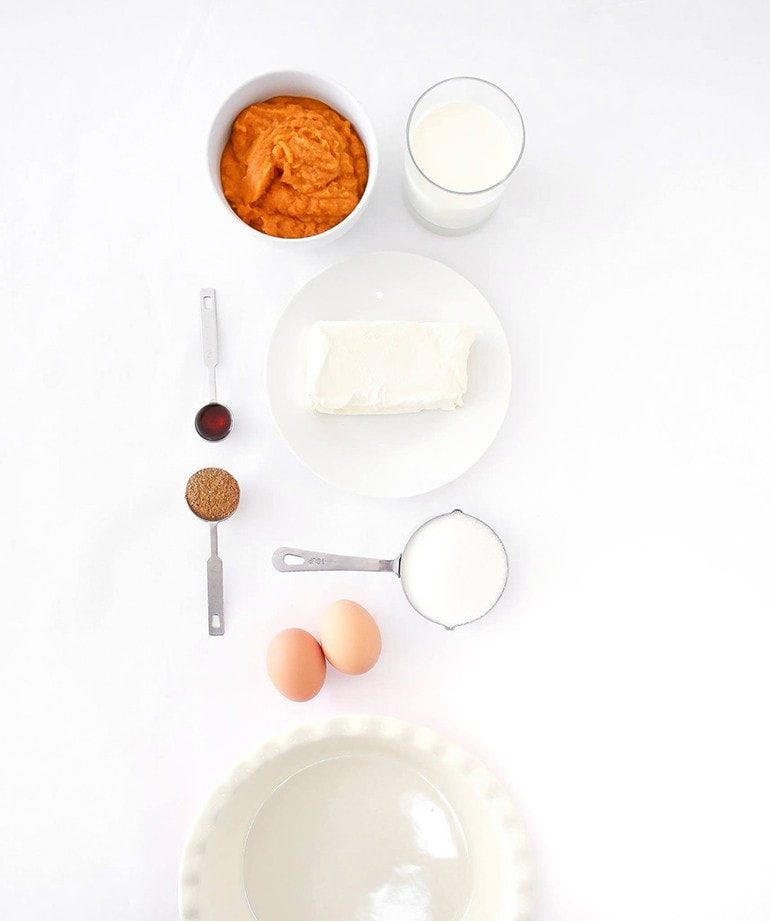 How many net carbs are in pumpkin?

In contrast to other starchy vegetables, pumpkin contains lower amounts of sugar and starch.

½ cup of canned pumpkin has 6 grams of net carbs and 42 calories.

Is pumpkin a low-carb food?

Pumpkin is a lower-carb fruit when compared to most other varieties of winter squashes. Pumpkin contains lower amounts of sugar and starch than other starchy vegetables like potatoes and corn.

However, the way that pumpkin is often prepared — combined with sugar in baked goods — that gives most pumpkin recipes a higher carb count.

If you are looking for keto pumpkin recipes, check out these: 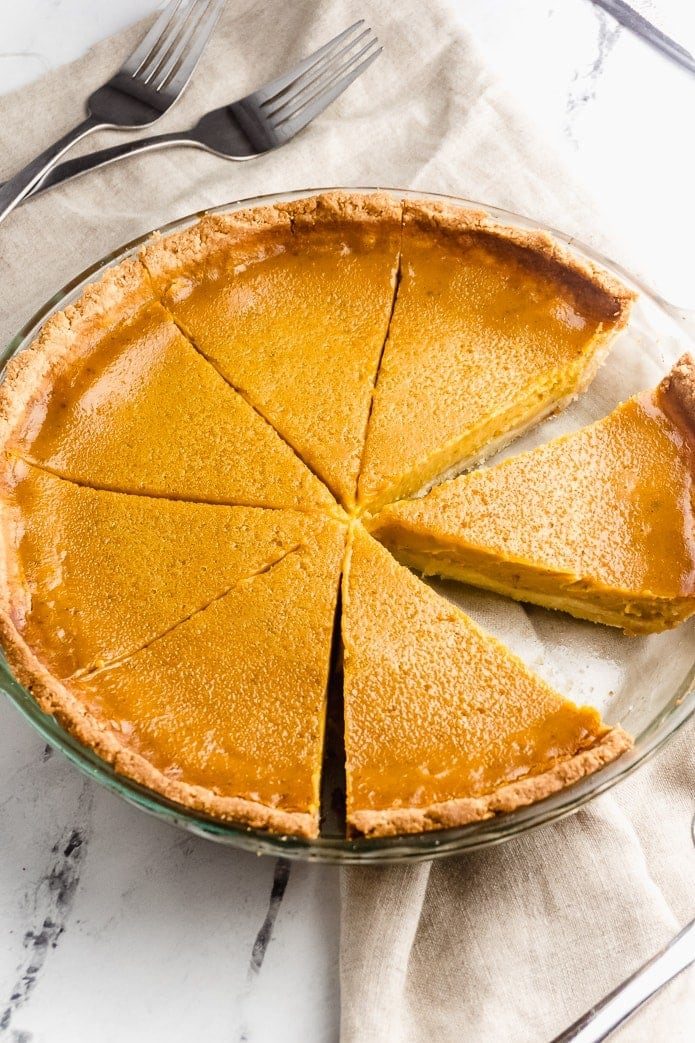 Keto Pumpkin Pie is the perfect low-carb dessert to make for Fall, Thanksgiving, or Christmas. Gluten-free and sugar-free, but so delicious even non-keto eaters will love it. 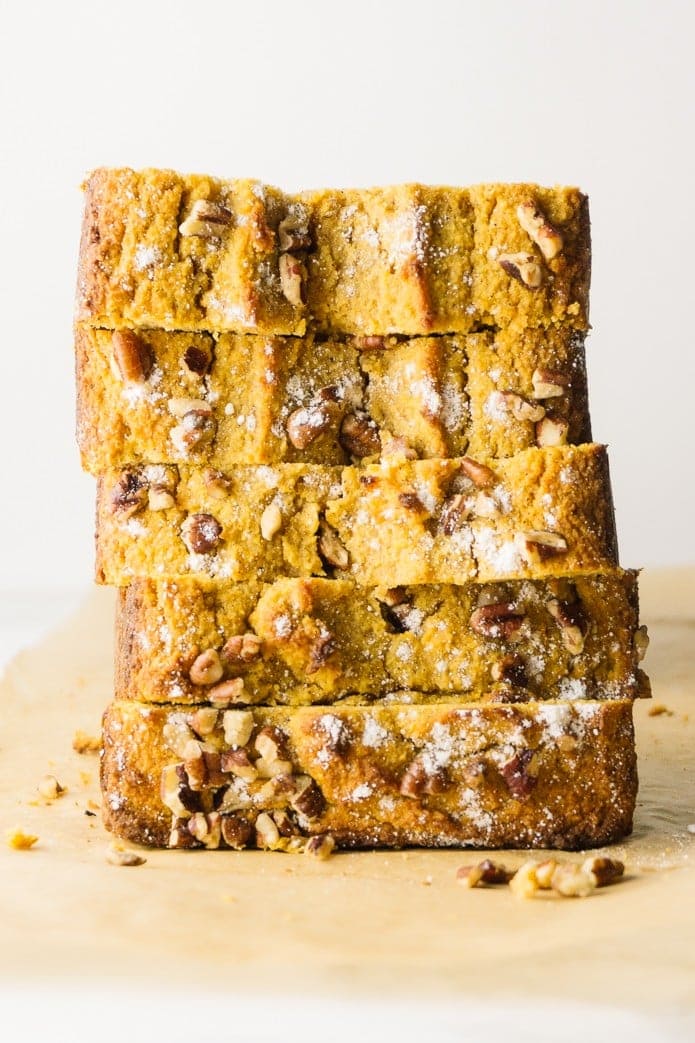 A delicious, moist, keto pumpkin bread full of warm spices and amazing pumpkin flavor.  Made with almond and coconut flours to keep it healthy, gluten-free, and low-carb. 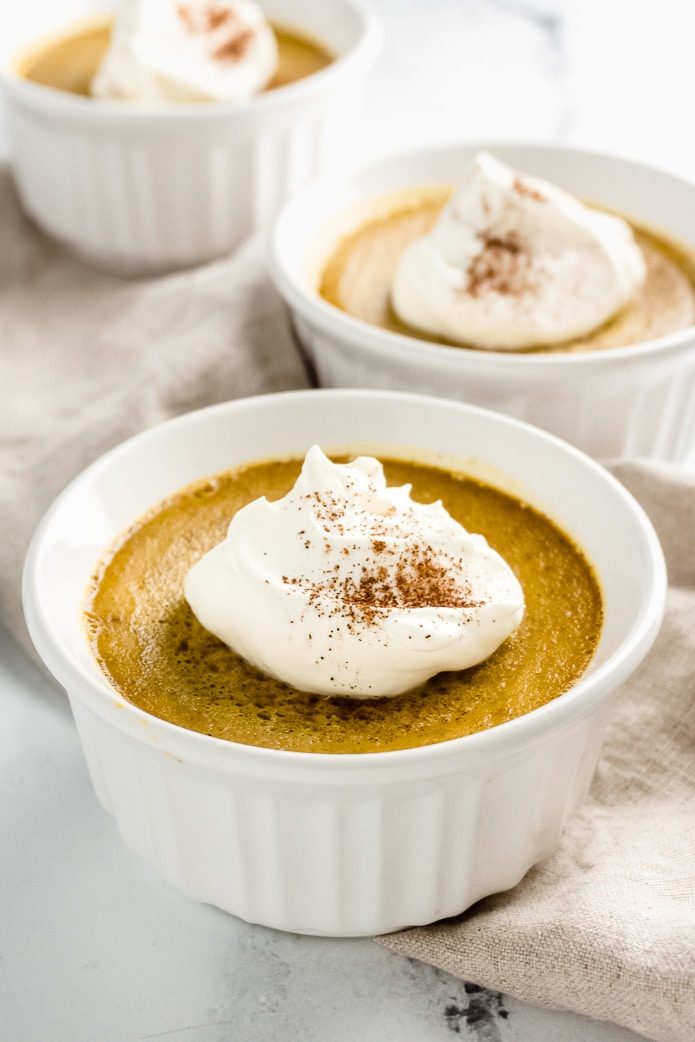 Creamy pumpkin custards that are low-carb and keto-friendly. Like pumpkin pie, without the crust. 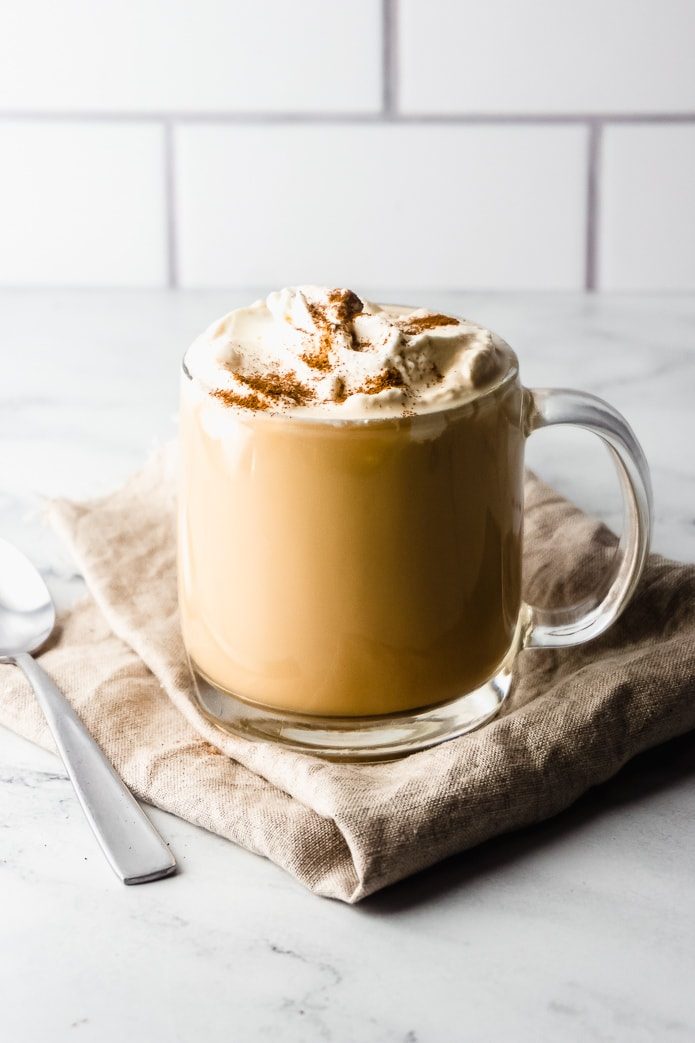 This keto pumpkin spice latte is a low-carb bulletproof coffee recipe you'll want to make all fall and winter long.  Learn how to recreate the classic Pumpkin Spice Latte in a totally low-carb, sugar-free, and keto-friendly way.

This delicious Keto Pumpkin Mug Cake is one of the quickest keto pumpkin desserts you can make. And get this: it only takes one bowl and less than 2 minutes in the microwave until you'll be indulging in a sweet and spicy pumpkin dessert! 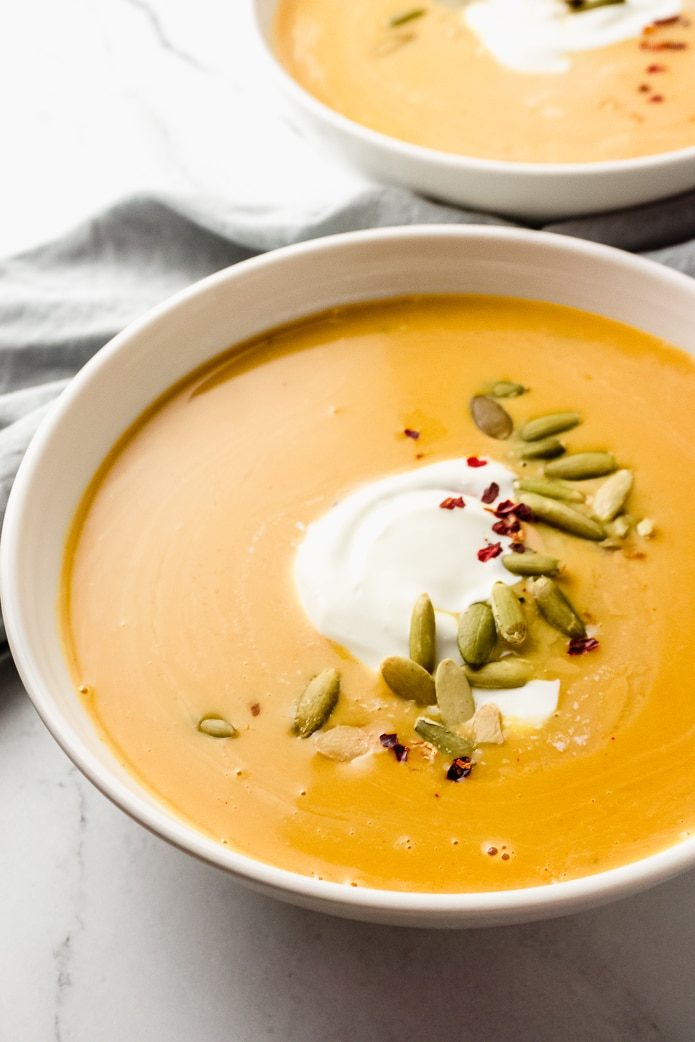 You'll love this creamy, comforting keto pumpkin soup made with simple pantry ingredients in less than 30 minutes.  This low-carb pumpkin soup recipe is simple to make and so, so, delicious! It's a recipe you'll be making all Fall and Winter long. 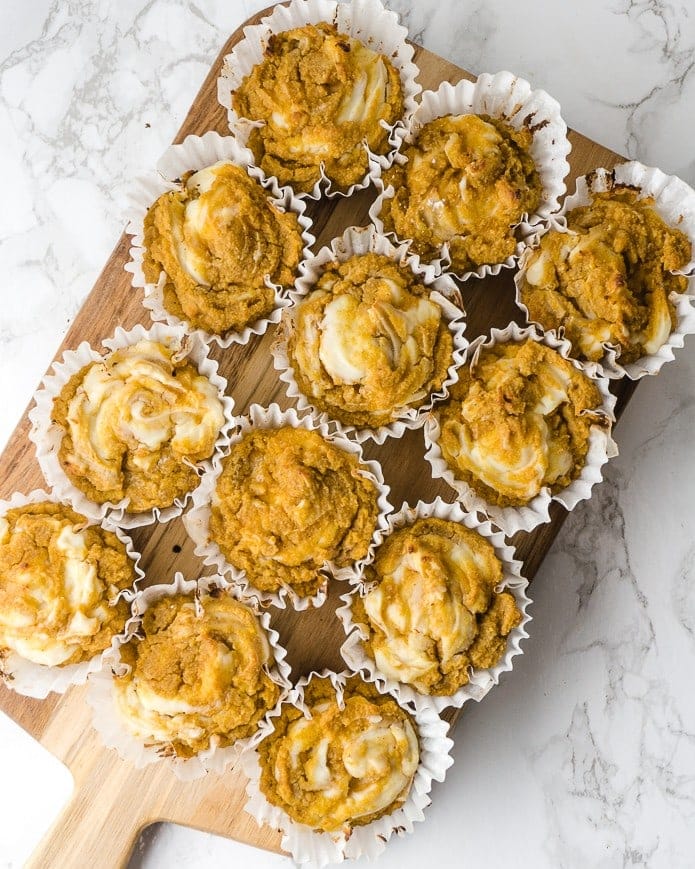 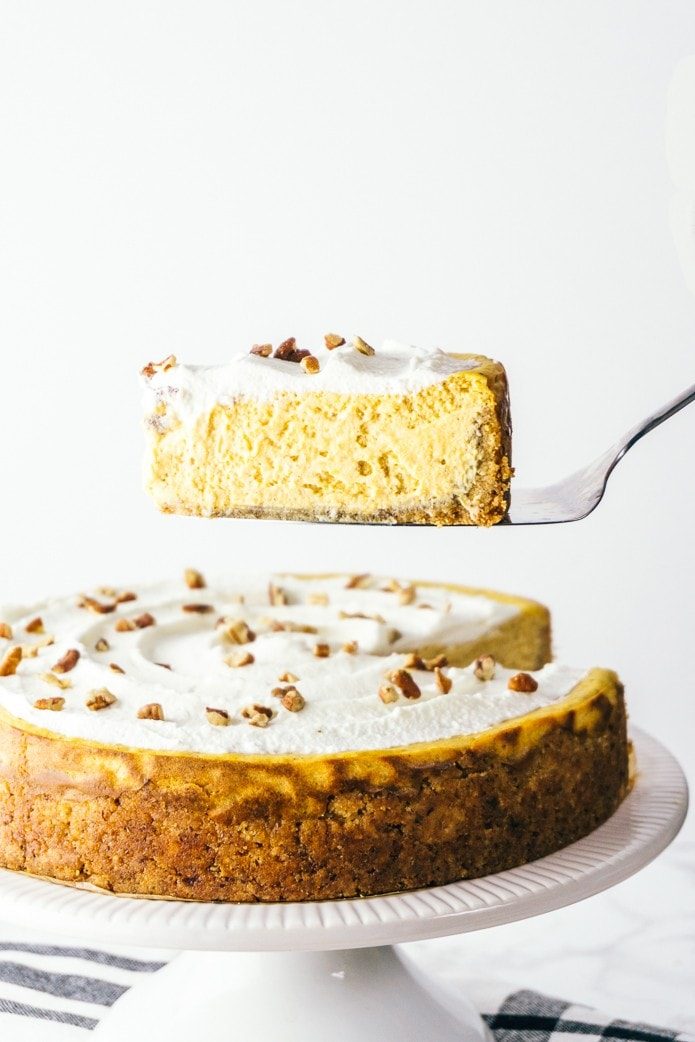 Rich, creamy, and delicious -- you'll love making this keto pumpkin cheesecake all fall and winter long.  This pumpkin cheesecake is low-carb and has no added sugar, but you'd never guess with how amazing it tastes! Don't wait until Thanksgiving to try this recipe! 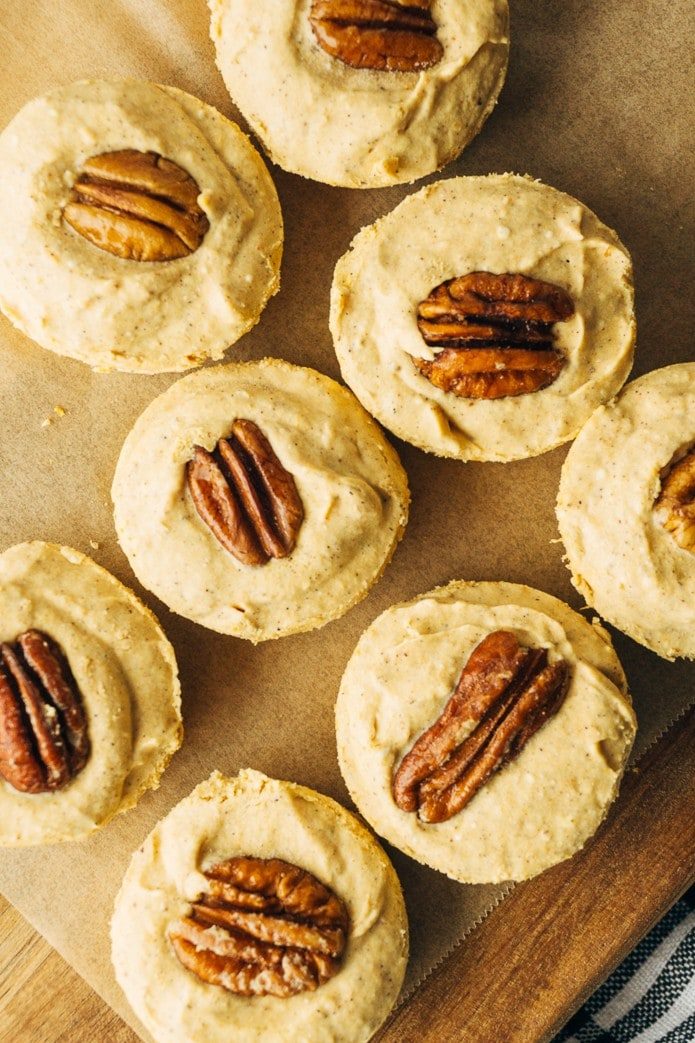 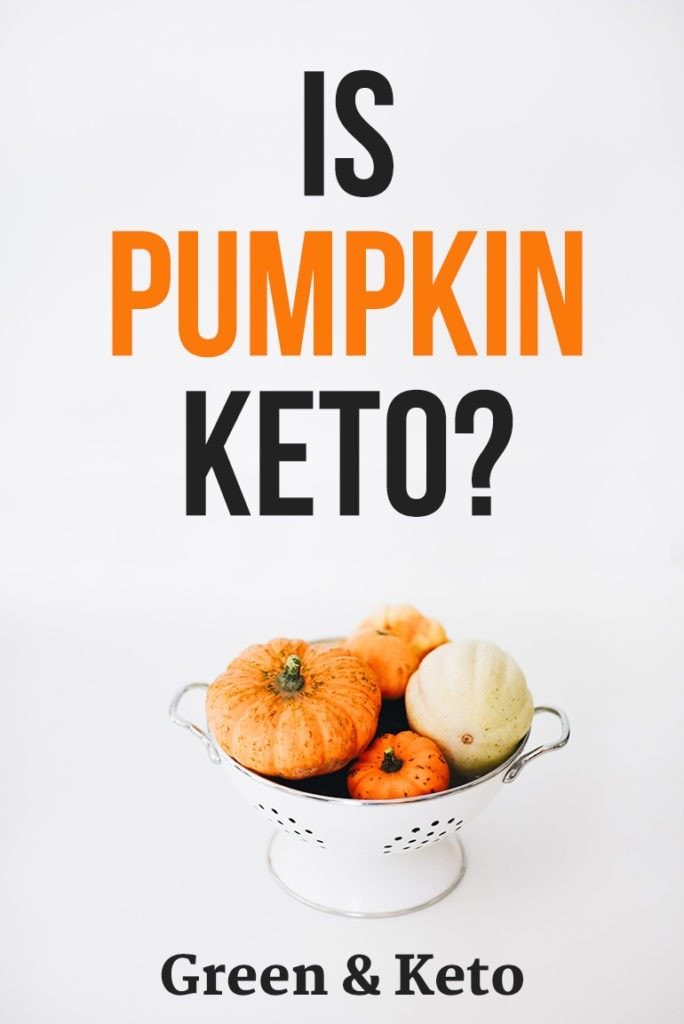